The Public Sends Comments to Stop Henoko Base Construction 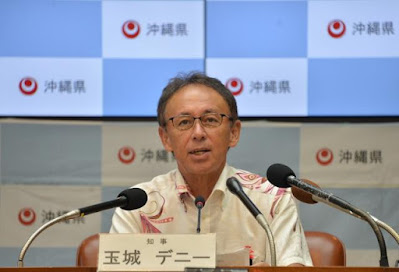 Public Comments September 28 is the deadline for submitting your comments to the Okinawa Prefectural Government on the Okinawa Defense Bureau's application for change in construction design and work for the Futenma Replacement Facility (AKA Henoko new base) at Henoko-Oura Bay in northern Okinawa. As of September 24, the  Prefectural Government has received 4,000 submissions and it will receive more in the next few days. Most of the comments submitted so far urge Governor Denny Tamaki to disapprove of the Bureau's application and stop the construction project.  Governor Denny Tamaki  Image Source: Okinawa Prefectural Government Why are many people submitting their comments?  What do they express in their comments? Can people in the international community submit comments and support the movement against Henoko base construction?  If so, how?   Problems the Defense Bureau's Application   The Okinawa Defense Bureau seeks new approval from Governor Tamaki because the Oura Bay s
続きを読む

Connecting to the International Community: Public Comment Period on the Defense Bureau's Application for Change in Henoko Base Construction Starts

On September 8, 2020, the Okinawa Prefectural Government began its three-week public review and comment period   on the Okinawa Defense Bureau's application  for change in construction design and work for the Futenma Replacement Facility (commonly known as Henoko new base) now under construction at Henoko-Oura Bay in northern Okinawa.   Beautiful Oura Bay on September 4, 2020 All construction vessels left the bay in advance of Typhoon Haishen The public review and comment period is part of the prefectural government's review process of the Bureau's application under the Public Water Reclamation Act. The  prefectural government will be collecting public comments until September 28. Incorporating them, Okinawa Governor Denny Tamaki will then decide to approve or reject the application in the next three to six months; Governor Tamaki is expected to reject the application.  The Defense Bureau submitted its application  in April 2020 as it admitted that the seafloor at the Oura
続きを読む

Connecting to the U.S. Marine Mammal Commission for the Okinawa Dugong 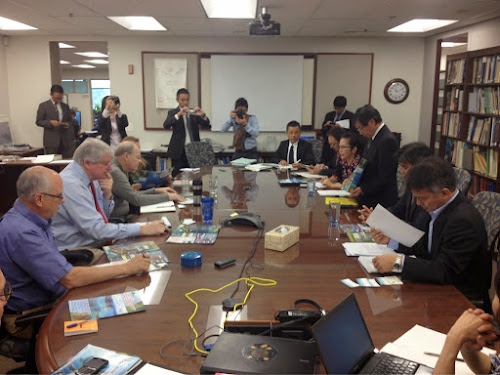 On July 10, 2020, led by the Okinawa Environmental Justice Project,  seventy-one Okinawan and Japanese civil society organizations and groups (including one Philippine organization) sent a letter of request and a civil society report to the U.S. Marine Mammal Commission (MMC),  the U.S. federal agency in charge of overseeing the U.S. Marine Mammal Protection Act.   Okinawa Group's Visit to MMC in 2014  The letter asks the MMC to review and comment on the U.S. Department of Defense’s (DoD) efforts for the conservation of the Okinawa dugong, an endangered marine mammal, Japan’s Natural Monument, and Okinawa’s cultural icon, in relation to the construction of a U.S. military base in Henoko-Oura Bay, Okinawa, Japan. In particular, it calls on the MMC to examine the DoD’s contention made six years ago that construction and operation of the base would have “no adverse effects” on the marine mammal. The report details how the DoD contention was influenced by the Japanese government’s f
続きを読む

Connecting to Mission Blue and beyond: Henoko-Oura Bay Coastal Waters is a "HOPE SPOT" 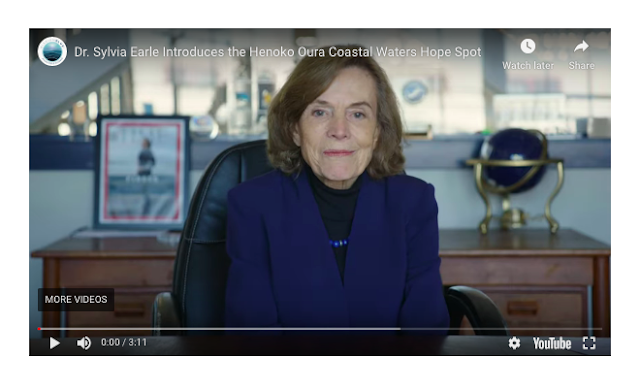 Amidst the Japanese government's relentless push to build a new U.S. military base at Henoko-Oura Bay, international support for Okinawa's fight to protect the precious environment has been growing. Mission Blue, a respected U.S. based NGO, has just designated the Henoko-Oura Bay Coastal Waters as a "Hope Spot."   Mission Blue has confirmed that this area is a special place on par with other natural wonders and Hope Spots around the world. It has also demonstrated that our fight to protect is worthwhile.  The message from Dr. Sylvia Earle , a renown marine biologist spearheading Mission Blue, is a great encouragement to those of us who want to protect the environment of Henoko-Oura Bay.  Dr. Sylvia Earle delivers her congratulation message Source: Mission Blue Meanwhile, the World Beyond War , a global peace movement to end all wars, has joined the celebration of this great news by inviting the Okinawa Environmental Justice Project to write an article
続きを読む

Connecting to IUCN: NGO Evaluation and Recommendations regarding the Nomination of NPOI for World Natural Heritage 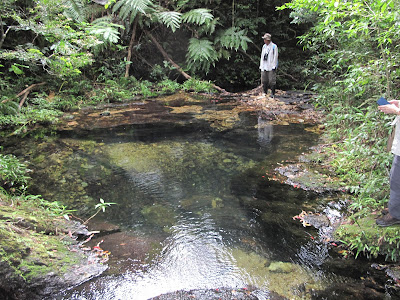 Heart of Yambaru Forest or Northern Part of Okinawa Island On October 5, 2019, the Okinawa Environmental Justice Project and the Informed Public Project sent the IUCN World Heritage Programme an information document regarding the Japanese Environment Ministry's nomination of the "Northern Part of Okinawa Island" (NPOI) (or commonly known as Yambaru forest in Okinawa) for UNESCO World Natural Heritage status. See our document below. The NPOI is one of the four areas that the Ministry is hoping to have inscribed as World Natural Heritage sites in 2020. See the Ministry's Nomination document  and Nomination Annexes . The present information document is part of our continuing dialogue with the Programme. We have been successful in directing the attention of the Programme to the critical issues of the presence of the U.S. military's Northern Training Area (NTA) neighboring the NPOI.  In turn, the Japanese government has responded well to the Programme's rec
続きを読む 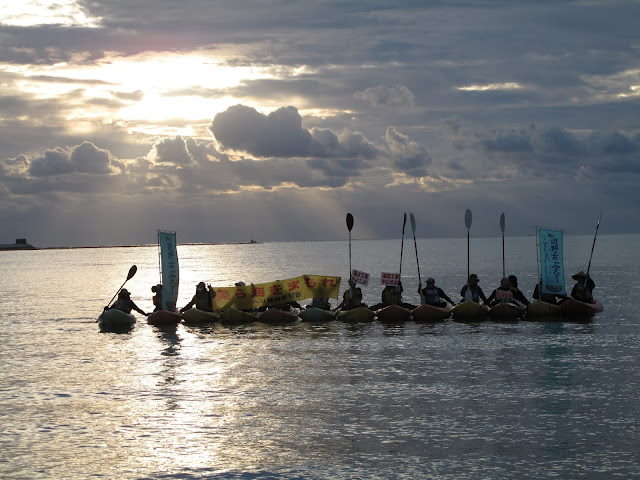 "Henoko Blue" at Henoko-Oura Bay: Henoko Blue  is one of the 33 groups that sent a statement to U.S. Congress On September 13, thirty-three civil society groups from Okinawa, Japan, and the U.S. sent the members of both U.S. Senate and House Committees on Armed Services an endorsement statement for Section 1255 of the Senate version of the National Defense Authorization Act for Fiscal Year 2020 (S. 1790). See our statement below. Tilted as "Report on Distributed Lay-down of United States Forces in the Indo-Pacific Region," Section 1255 requests the DoD "to conduct a review of the planned distribution of members of the United States Armed Forces in Okinawa, Guam, Hawaii, Australia, and elsewhere (distributed lay-down)." This call for review is critical and timely for the peoples of the Pacific Region, especially for those of us living Okinawa, Japan. We argue in our statement, the Henoko Plan, the linchpin of the "distributed lay-down,"
続きを読む 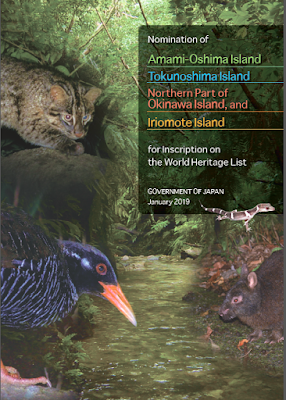 2019 Nomination Document  On February 1, 2019,  the Japanese Ministry of the Environment submitted to UNESCO and the International Union for Conservation of Nature (IUCN) its nomination of four areas in the Ryukyu archipelago for UNESCO World Natural Heritage status. The areas are Amami-Oshima Island, Tokuno-Shima Island, the Northern Part of Okinawa Island, and Iriomote Island (see the Nomination Document  and  the Nomination Annexes ). The nomination is the Ministry's second attempt in the last two years.   In February 2017, the Ministry submitted its first nomination.  However, in May 2018, IUCN, the advisory body to UNESCO concerning matters related to World Natural Heritage, recommended that the nomination should be "deferred" requesting a substantial revision. In response, the Ministry withdrew the nomination. In the present nomination dossier, we see improvements from the previous nomination, especially regarding the issues of the U.S. military’s North
続きを読む
その他の投稿