スキップしてメイン コンテンツに移動
- 12月 04, 2016
Launched in November 2016, the Okinawa Environmental Justice Project strives to protect the environment and the lives of people in Okinawa, Japan through the means of "connecting the green dots." That is, we reach out to, connect, and make best use of available resources in local communities, environment NGOs, domestic institutions and laws, and international institutions and conventions in bringing environmental justice to Okinawa. We believe that, by protecting the environment, we can also improve the quality of life and promote peace/genuine security in Okinawa and beyond.

As our first action, we, along with 38 other Okinawan and Japanese organizations, are sending a letter of concern and request to the U.S. government and the U.S. military regarding the future of the Yanbaru forest in northern Okinawa Island.

Please read our letter and help spread the word.


*PDF versions of the letter (without photos) and the map are also available for download at the very bottom of this blog page.

We write to express our concern and to make requests to you regarding the construction of six “landing zones” for U.S. military aircraft in the U.S. military’s Northern Training Area (NTA) in the Yanbaru forest in northern Okinawa Island, especially in light of the fact that the Yanbaru forest is now on the Tentative List submitted by the Japanese government for UNESCO World Natural Heritage Sites.

As the U.S. Forces in Japan is well aware, the Okinawa Defense Bureau is now rushing to construct all the proposed landing zones by the end of the year 2016 amidst strong opposition from local communities and global environmental and peace organizations. To do so, the Bureau adheres to its 10-year-old Environmental Impact Assessment (EIA) (2007) for the construction, despite the fact that that EIA has been widely criticized for its scientific and procedural flaws. The Bureau is also making drastic changes in construction procedures while failing to implement mitigation measures set forth in the EIA. This was most apparent in the revelation in October 2016 that the Bureau plans to clear-cut over 24,000 trees for construction of landing zones and entrance roads. Not only is the Bureau destroying the environment, but also it is subverting the integrity of EIA.

Intense and violent confrontation between protesters against the construction of landing zones and the riot police force dispatched by the Japanese government takes place daily at the construction sites. It often leads to various human rights violations, including unwarranted arrest and detention of protesters, in some cases causing injuries, and the use by police of derogatory terms such as “Dojin” (a discriminatory term referring to indigenous people). The situation is chaotic and dangerous, escalating further the already antagonistic relationship between Okinawa and the Japanese government.

The opposition to the construction comes from various quarters. The residents of Takae in Higashi village have been opposing it since late 1990s because these landing zones are built extremely close to their community. The aircraft training, using the two completed landing zones, is already causing intolerable levels of noise, disrupting and threatening their daily life.

Others oppose it because they see the new landing zones as another form of military burden imposed upon Okinawa by the Japanese government. Okinawa, only 0.6% of the landmass of Japan, already bears the “hosting” of 74% of the U.S. military bases and facilities in Japan.

Still others (including the authors of this letter) oppose it because the landing zones are being constructed within a sensitive area of the Yanbaru forest, which is one of the most important ecological areas in Japan as discussed below.

We are concerned that, despite all of this, the U.S. military and the U.S. government have remained silent, allowing construction, destruction, and confrontation to take place as if you had nothing to do with these matters.

We know, however, that it was the U.S. military that demanded construction of those new landing zones since it stood to lose seven landing zones in the land return deal. In our opinion, the U.S. military should have returned the land without any conditions rather than demanding additional landing zones. We also know that under SOFA, the U.S. government (and the U.S. Forces in Japan) are given the power to take “all the measures necessary for their (U.S. bases and facilities’) establishment, operation, safeguarding, and control.”

In other words, the U.S. government and the U.S. military have the power to make decisions over whether or not to allow the construction of landing zones in the NTA.

As the U.S. Forces in Japan is well aware, the 27,800 ha (68,695 acres) Yanbaru forest is the oldest subtropical rain forest on Okinawa Island and it is one of the richest biodiversity areas in Japan. It is home to some 5,400 species of fauna and over 1,000 species of vascular plants. They include over 170 endangered species listed on the Red List of the Japanese Ministry of the Environment. Endemic and endangered species such as the Okinawa woodpecker (Sapheopipo Noguchii) and the Okinawa rail (Rallus okinawae) are the best known of the well-known habitants of the Yanbaru forest. They are also Japan’s “Natural Monuments.” It is most appropriate that the Yanbaru forest, along with Iriomote Island also in Okinawa prefecture, and Amami-Oshima and Tokunoshima Islands of Kagoshima prefecture will be officially considered for inscription on the UNESCO World Heritage List.

The Japanese Ministry of the Environment, the Okinawa prefectural government, other governmental agencies, and local communities worked hard to get the precious environment of the Yanbaru forest on the Tentative List in February 2016. The Environment Ministry also designated in September 2016 a central part of the Yanbaru forest as Japan’s 33rd National Park as part of the World Natural Heritage inscription process. It is expected that precise boundaries including “buffer zones” for the Yanbaru forest for World Natural Heritage will be established soon and that the International Union for Conservation of Nature (IUCN), the expert advisory body for UNESCO, will visit Okinawa to evaluate these sites sometime during 2017.

Meanwhile, since 1957, when 7,800 ha (19,274 acres) of the Yanbaru forest was taken over by the U.S. military and converted into the U.S. military’s Northern Training Area, the U.S. military has been conducting jungle warfare training and low flying training of aircraft there. There are 22 (plus 2 newly constructed) landing zones for military aircraft and other training facilities in the NTA. Loud noise emitted from aircraft, land contamination from disposed materials and crashed aircraft, combined with logging and construction of logging roads by local forest industry, have presented and continue to present significant environmental challenges to the Yanbaru forest. The current construction of landing zones now adds to those challenges.

We are concerned that those challenges present a significant obstacle for the World Natural Heritage inscription process as World Heritage requires “integrity” which is defined by the UNESCO as “a measure of the wholeness and intactness of the natural and/or cultural heritage and its attributes.“

Given that the U.S. military closely follows developments in Okinawa in general, especially ones associated with the U.S. bases, facilities and areas, we have difficulty understanding why this is so. We do not know whether the U.S. military ignores information on the inscription process or the Japanese government has not properly informed the U.S. military of it.

U.S. National Historical Preservation Act, World Heritage Convention, and Our Requests
We understand that, under the current U.S. National Historical Preservation Act (NHPA)(Section 402), the law that addresses matters related to the World Heritage Convention, while the U.S. military is required to take into account the effects of its undertakings, whether training or construction of facilities, on World Heritage sites and properties in foreign countries, it is not required to do so in relation to Word Heritage inscription processes including one for the Yanbaru forest. We believe, however, that the spirit and intention of the NHPA is for the U.S. military to take into account the effects of allowing construction of landing zones and training on the Yanbaru forest, given that the Yanbaru forest is a World Natural Heritage candidate site and is now undergoing inscription process

In fact, Section 135 of the Operational Guideline for the World Heritage Convention, to which the U.S. is a signatory state, stipulates:

Wherever possible, transboundary nominations should be prepared and submitted by States Parties jointly in conformity with Article 11.3 of the Convention. It is highly recommended that the States Parties concerned establish a joint management committee or similar body to oversee the management of the whole of a transboundary property.

Please be reminded that the U.S. military’s NTA, over which the U.S. has jurisdiction, is located in a sensitive part of the Yanbaru forest and that the coordinates of the “northern part of Okinawa Island” or the Yanbaru forest for World Natural Heritage inscription provided on the Tentative List is just 1 km (0.6 miles) away from the NTA.

We do not believe that the U.S. military and the U.S. government would like to be seen as an obstacle in the way of the World Heritage inscription process in an ally country.

Therefore, we request the following:

That the U.S. military, in consultation with local communities, prefectural and national (Japanese) government, and relevant NGOs, conduct an assessment regarding the impact of allowing the construction of landing zones and the conduct of aircraft and other types of training in the Yanbaru forest on the inscription process of the Yanbaru forest for World Natural Heritage;

That the U.S. military, while conducting this assessment, cease the issue of entrance permits to the Okinawa Defense Bureau for purposes of landing zone construction and suspend its aircraft and other types of training;

That relevant U.S. government agencies, including the Advisory Council on Historical Preservation and the Office of the Assistant Secretary of Fish and Wildlife and Parks, should be involved in the assessment process.
Sincerely,

The Conservation Network for Forest Ecosystem in Japan

The Japan-U.S. Citizens for Okinawa Network

Association for On-Site-Action Against Helipad Construction in Takae

Association to Protect the Northernmost Dugong

Save the Dugong Campaign Center

All Okinawa Council for Human Rights

International Movement Against All Forms of Discrimination and Racism

“No Heliport Base” Association of 10 Districts North of Futamai

“No Heliport Base” Association of 10 Districts North of Futamai

The Voice of Gifu Citizens for saving Peace, Human rights and Environment

The following organizations support this letter.

CC: Advisory Council on Historical Preservation
CC: The Office of the Assistant Secretary of Fish and Wildlife and Parks 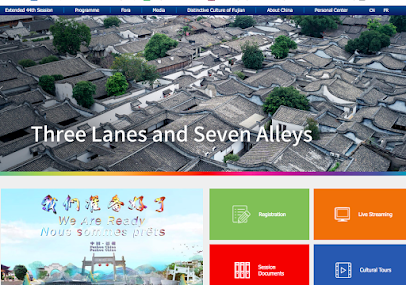 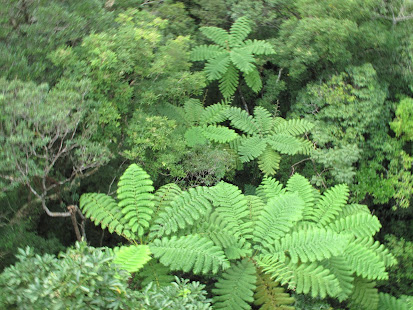 （日本語版は下にあります） On May 10, 2021, the Japanese Ministry of the Environment announced that the International Union for Conservation of Nature (IUCN) World Heritage (WH) Programme had just recommended that Amami-Oshima Island, Tokuno-Shima Island, the Northern Part of Okinawa Island, and Iriomote Island be inscribed as UNESCO World Natural Heritage sites at the 44th session of the UNESCO World Heritage Committee in July 2021.  IUCN is UNESCO's advisory body, and it is tasked with, among other things, evaluating and making recommendations regarding WH nominated sites.  Yambaru Forest Image Source: OEJP The Okinawa Environmental Justice Project (OEJP) has been engaging with t he IUCN WH Programme , the Ministry of the Environment, the Okinawa Prefectural Government, and the U.S. Department of Defense  in the nomination process over the last 5 years. OEJP has collaborated with local community members, experts, and NGOs in this endeavor. OEJP’s focus has been on the issues of the U.S. mili
続きを読む