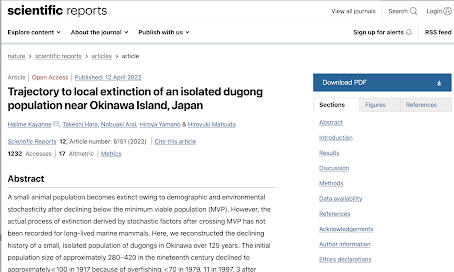 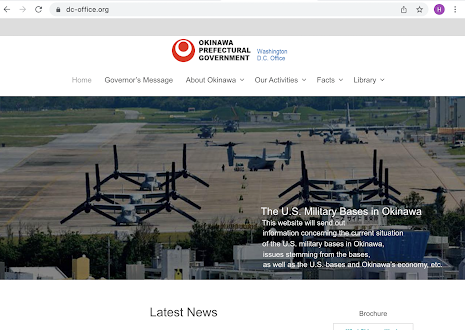 More update (March 30, 2022) (日本語は下です） Thanks to your attention and support, we were able to get the Okinawa prefectural government to upload information regarding Governor Denny Tamaki's disapproval of the Okinawa Defense Bureau's application for changes in the design and work of Henoko base construction on its Washington D.C. office's website. https://dc-office.org/post/1606 We still don't know and are puzzled why it took the prefectural government such a long time. Anyway this is a critical tool to challenge and stop the Henoko base construction project. Share and spread the information! Hideki Yoshikawa Director Update information March 25, 2022 I am happy to update my last post with a positive note. In my last post, I raised concerns about the lack of information on the Okinawa Prefectural Government Washington D.C. Office’s website about Governor Denny Tamaki’s decision to reject the Okinawa Defense’s application for changes in the design and work of the U.S. mil
続きを読む 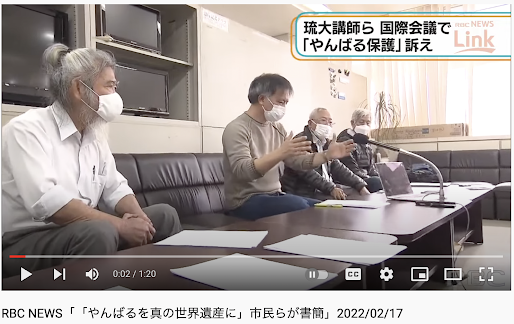 A Note on the Nago Mayoral Election／名護市長選挙を振り返って 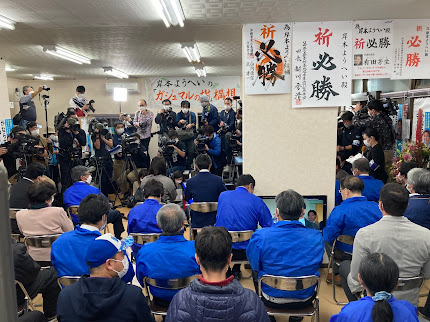 日本語は英語文の後にあります Disappointing Result: Kishimoto Yohei Defeated by Toguchi Taketoyo On January 23, 2022, in a closely watched Nago mayoral election, the incumbent mayor Toguchi Taketoyo defeated Kishimoto Kohei (former Nago city assembly representative).  With a 68 percent voter turnout rate, Toguchi gathered 19,524 votes, while Kishimoto gained 14,439 votes. Toguchi has secured his second term in the Nago mayor's office.  As a Nago citizen and an environment NGO member, I was disappointed with the result and surprised by the wide margin.  Kishimoto Yohei and his supporters wait election result I rooted for Kishimoto because, among other things, he showed his firm stance against the construction of a U.S. military at Henoko-Oura Bay on the city's east coast as the replacement facility for Futenma Air Station in Ginowan City. In contrast,  Toguchi took a mimamoru (見守る) stance : He would "keep his eyes" on how the dispute over the Henoko issue between the Okinawa prefect
続きを読む 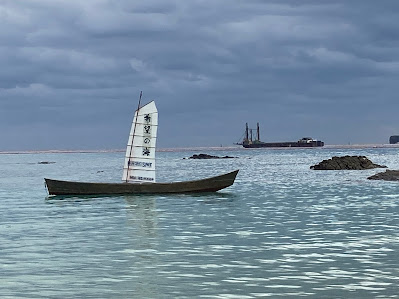 Happy New Year! On January 1, 2022、I went to the Setake beach and saw the sabani sailboat "Kibo no Umi (Hope Spot) against the backdrop of large construction ships in Oura Bay. My friend Takuma Higashionna salvaged an old abandoned sabani boat and renovated it to commemorate the designation of the Henoko-Oura Bay Coastal Water as a Hope Spot.  Very symbolic, I thought. These construction ships are enormous and overwhelming, and this sabani sailboat is so tinny in comparison. But the Kibo no Umi is supported by the vast oceans and people worldwide who wanted to protect them. Greenpeace sent the iconic Rainbow Warrior to Okinawa in protest against Henoko base construction in 2015. Mission Blue designated the Henoko-Oura Bay area as Japan's first Hope Spot in 2019.  U.S., Japanese, and Okinawan NGOs and individuals fought hard and long the "Dugong vs. U.S. Department of Defense" in the U.S. court from 2003 to 2020. The International Union for Conservation of Nature and
続きを読む

Has the Japanese Government Been Honest to the U.S. Government on Fragile Seafloor at Henoko-Oura Bay? 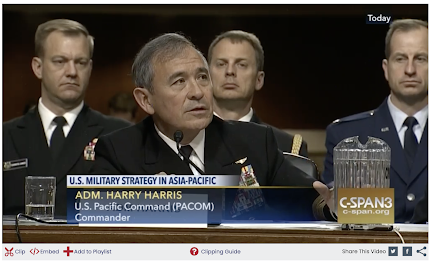 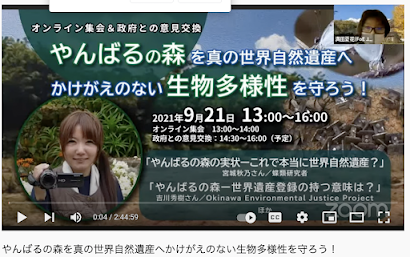